Brendan Duff (Boy A) is so excited to be performing in such an amazing show with such an amazing cast and crew.  He is a sophomore at Hanover Park High School.  Previous roles include the Wolf in Into the Woods, Chino in West Side Story, a Wickersham Brother in Seussical, and Tevye in Fiddler on the Roof.  Brendan thanks his parents and family and the amazing cast and crew.

Alexandra Keenan (Girl B/Dance Captain) is currently a junior at Hanover Park and is honored to be a part of the original cast of typed.!  She is involved with Student Council, Key Club, and Chamber Singers at Hanover Park!  Some past productions include West Side Story, Beauty and the Beast, and Guys and Dolls.  Alexandra would like to thank her friends and family (especially Mama Deb) for their love and support.  She would also like to thank Mikey, Gabi, and Lisa for giving her the opportunity to watch their dream become a reality from start to finish.  And to the cast, stay fab always!

Anthony DeSena (Boy B) is a junior at Hanover Park and has participated in all of the musicals and plays beginning his freshman year. He also enjoys to sing, play guitar, and is a part of the Concert Choir and the Chamber Singers. Past performances include Into the Woods (Jack), West Side Story (Action), Beauty and the Beast (Chip), and Guys and Dolls (Sky Masterson). He feels very excited to be a part of something so unique, in that typed. is an original production. He would like to thank the creators of the show, Mikey Miller and Gabi Adamo, for bringing this great story to life. He would also like to thank all who supported the production of the play, including Señorita Mauricio and Mr. Callanan, as well as Mr. Brown. 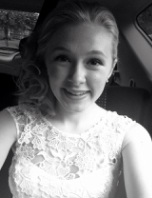 Bonnie Zwigard (Girl A/Dance Captain) is a junior here at Hanover Park High School.  Some of her previous roles include Cinderella in Into the Woods, Anita in West Side Story, and the Ghost of Christmas Past in A Christmas Carol.  Bonnie is part of Key Club, Dance Team, and Chamber Singers.  She would like to thank her parents for their guidance and support, Gabi, Mikey, and Lisa for their countless hours of commitment, and the entire cast and crew of typed.

Dante Pasquale (Mr. Stanton) is a senior at Hanover Park High School. Some of his past performances include Tony in West Side Story , Gaston in Beauty and the Beast, an ensemble member in Cabaret, Bob Cratchit in A Christmas Carol, and Jack in Into the Woods. Dante has been in Regions Choir, All State Choir, and All Eastern Choir and was just recently accepted into National Honors Choir. Dante dedicates his performance to his loving parents and friends. He wishes that the cast breaks a leg (not a knee).  He thanks Mrs. Britez, Mr. Spina, and Mr. Novod for all the help and guidance they have given him. And a special thanks to Ms. Amy Shera because without her drive Dante wouldn't be the performer he is today.

Joseph Scarpa (Student 1/Boy Cheerleading Candidate) is a junior at HP and is thrilled to be a part of typed.! Previous roles include Lt. Shrank in West Side Story, Young Scrooge in A Christmas Carol, and Buzz Taylor in Father of the Bride. Joe works at a country club in Morristown and enjoys being involved in theatre at HP. Break a leg to the entire cast and crew of typed.!

Gabriella Florio (Student 2) is a freshman at Hanover Park High School.  She is thrilled to be fulfilling the roles of Student 2 and Interviewer 3.  Previous roles include Anna Leonowens in The King and I, Glinda in The Wizard of Oz, Agatha in Guys and Dolls, Mabel in the Pirates of Penzance, and Beatrice in The War of the Words. Most recently, Gabriella attended the NJPAC’s Summer Youth Performance Workshop 2013.  Gabriella is a member of HP Choir and Chamber Singers.  Theatre experience has been with Theatre Next Door, the Mayo Performing Arts Center, Paper Mill Playhouse, and Performers Theatre Workshop. Her dance experience includes tap, jazz, ballet, hip-hop and Irish step hard, and soft shoe.  She also received first place in classical and pop categories in the 2012 Mid Atlantic Music Teacher Guild Competition and first place for classical 2013. Gabriella would like to thank her parents for their support. She would also like to thank the very talented Gabi Adamo, Mikey Miller, and Lisa LoPinto for giving her the opportunity to perform in typed.!  A great big “THANKS” to the cast…it’s been a blast!

Rachel Castañeda (Student 4) is a sophomore at Hanover Park. Previous performances include Legally Blonde, West Side Story, A Christmas Carol, The Wizard of Oz, Guys and Dolls, and Once upon a Mattress. Rachel has a strong passion for theatre and enjoys taking voice, acting, and dance lessons. Most recently, she participated in the NJPAC Summer Youth Performance Workshop. She is a member of HP’s Chambers Singers, Key Club, and NJ's All State Women’s Choir. Rachel wants to congratulate Gabi, Mikey, and Lisa on producing a fantastic original musical. She would like to thank Señorita Mauricio and the creative team for their commitment and dedication. A special thank you to her family and friends for their love and support. 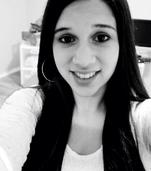 Victoria Presser (Student 5) is a beast who is a sophomore at Hanover Park.  She loves to sing and act and has been performing in musicals her whole life.  She has previously been seen as Florinda in Into the Woods, Estella in West Side Story, a Bird Girl in Seussical, and Tzeitel in Fiddler on the Roof.  She is very excited to be a part of this production with such talented people and would like to congratulate Gabi, Mikey, and Lisa on their amazing achievement.  She also would like to thank her fellow cast members, the directors, and her family. 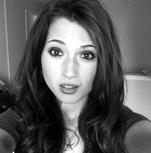 Cindy Rullo (Student 6) is a proud sophomore and is ecstatic to be in the new musical, typed.!  She has performed in many other productions such as The Wizard of Oz (Wicked Witch of the West), Annie (Mrs. Pugh), Once upon a Mattress (Lady Beatrice), Beauty and the Beast (Lumiere), and more.  She has also studied at Playwrights Theatre, Paper Mill Playhouse, and HB studios and she wishes to pursue a career as an actress.  She would like to thank her extremely talented directors, who created such an amazing show, stage crew, and fellow cast members for being the most amazing people to work with!  She would also like to thank her supportive and loving family and amazing friends. 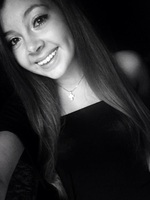 Sarah Bright (Student 7) is excited to be a part of typed: A New Musical as Student 7! Sarah has been in many shows including West Side Story, The Wizard of Oz, Guys and Dolls and Once Upon a Mattress. Also, Sarah assists dance classes at Theatre Next Door and works with young students who are finding their love for the arts! Sarah is excited to be a sophomore and be involved in HP's theatre program. She wishes the entire cast and crew luck in this production of typed.! 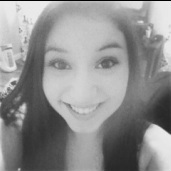 Katie Gordon (Student 8/Secretary) is a sophomore here at Hanover Park.  Previous roles include Minnie in West Side Story, the Ghost of Christmas Yet To Come in A Christmas Carol, and Sister Sophia in The Sound of Music.  Katie is a member of HP's choir and Chamber Singers and was accepted into the North Jersey Region Women's Choir.  She is so happy to be involved in this production and thanks everyone for their support.

Lillie Heyman (Student 9) is a sophomore at Hanover Park and is honored to be a part of such a great senior project.  Her previous and more recent roles include Marina in West Side Story, Fan in A Christmas Carol, Golde in Fiddler on the Roof, Clara in Nephew Fred, Prince Chulalongkorn in The King and I, the title role in Sleeping Beauty, Gretl von Trapp in The Sound of Music, and Fern Arable in Charlotte's Web.  She participates in the HP Chamber Singers, Key Club, and other extracurriculars.  She was accepted into New Jersey's All State Women's Choir.  She would like to thank Mikey, Gabi, and Lisa, as well as everyone who has put effort and given support to this show.

Anthony Foti (Vice Principal) is a sophomore at Hanover Park.  He is very excited to take part in this original production. Past productions include West Side Story (Officer Krupke), The Wizard of Oz (Uncle Henry), and Guys and Dolls (Liverlips Louie). Words cannot describe how proud he is of Mikey, Gabi, and Lisa for creating this spectacular musical! He would like to thank Mikey, Gabi, Lisa, and his family and friends for all their support.

Rebecca Weinberg (Random Teacher) is a sophomore at Hanover Park High School.  Previous roles include Milky-White in Into the Woods, Glad Hand in West Side Story, Tuptim in The King and I, and Liesl von Trapp in The Sound of Music.  She loves to learn new languages and knows how to juggle.  Rebecca would love to perform in venues such as the Paper Mill and Broadway one day.  She thanks her loving and supportive family, amazing castmates, and the production staff.

Diana Schroeder (Teacher/P.A. Announcer) is a senior at Hanover Park High School.  Previous roles include a Shark Girl in West Side Story, a Who in Seussical, and a Villager in Beauty and the Beast.  She can type really fast with one hand and participates in Hanover Park choir.  Diana hopes to keep music in her life.  She thanks her parents, teachers, and castmates.
Powered by