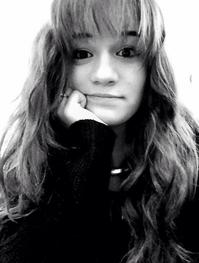 Gabrielle Adamo (Composer/Lyricist/Co-Director) Gabrielle Adamo has grown up with music her entire life. But when it came time for her high school senior year, she wanted to finish with a bang.
Teamed with her dear friend and co-director Mikey Miller, they collaborated on a story that became Typed: A New Musical. Though the process of writing a musical was long and, sometimes, inspiration ran low, she succeeded in finishing a score and honed it with a modern flair that reflects her own approach to musical theater.  The score embraces many genres including rock, jazz, pop and Broadway to create a unique sound.
Gabi’s past acting roles include the Witch (Into the Woods), Jan (Grease), Bloody Mary (South Pacific), the Sour Kangaroo (Seussical), Madame de la Grande Bouche (Beauty and the Beast), and the Baker’s Wife (Into the Woods). One of her strong passions is creating music on the piano, be it unique covers of popular songs or original works. Her family has always encouraged her music interests; her father and brother both play musical instruments and her mother never misses a concert or show. Gabi is attending Muhlenberg College to pursue a double major in theatre and business.
"I would like to thank all of my friends and family who encouraged me to pursue this goal.  All of my teachers including Mrs. Britez, Mr. Spina, Mr. Novod, Mrs. Vecchione have given me the confidence and guidance to persevere as a composer/librettist.  Special thanks to Brittany Goodwin for being a brilliant teacher, director and friend throughout this production. I would like to thank our amazing cast, crew and pit band for making this composer's dreams come true!  I am so proud of you and humbled to work with such talented people. Thank you to Mr. Callanan and the administration for being incredibly supportive of this production and teaching us that anything is possible if you put your mind to it! To my dear friend Lisa, without you this show wouldn't have the spark that your choreography brings. I love working with you and so glad we are close friends!  Also, thanks to our amazing advisor during this process - Señorita Mauricio. You are a driving force behind this production. I’m so grateful to have such a smart and determined mentor. We can never thank you enough! To my wonderful uncles, P and D - I love you more than words can say. Thank you for your constant support and constructive criticism throughout this process!
My parents deserve a spotlight of their own. Without my mother's creative ideas and my father's brilliant ear for music, this show would not be possible. You have encouraged me from day one and I can never thank you enough for your support in this and everything I do. I love you both so much and thank you or everything you've taught me.  Lastly, I would like to thank my best friend and writing partner Mikey for being my rock throughout this production. You gave me the strength when I was drowning in my own music! I am honored to work with you and know our friendship will last a lifetime! Break a leg to our amazing cast and crew and thank you for taking this journey with us!" 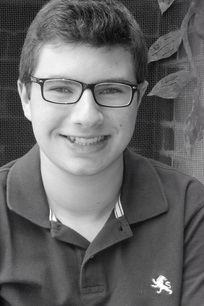 Michael Miller (Librettist/Co-Director) is far beyond ecstatic to be directing an original production, especially with one of his best friends.  A senior here at Hanover Park, Mikey’s previous performances include Grease (Eugene Florczyk), Willy Wonka (Willy Wonka), Into the Woods (Narrator), West Side Story (A-Rab), A Christmas Carol (Fred), Seussical (Mr. Mayor), Beauty and the Beast (Cogsworth), Father of the Bride (Mr. Massoula), The Gates Are Closing (Jonah), Annie (Rooster Hannigan), Cabaret (Banker), Bye Bye Birdie (Hugo Peabody), These Actors of Mine (Matthew), High School Musical 2 (Jack Scott), The Sound of Music (Captain Georg von Trapp), Charlotte’s Web (Narrator), Beauty and the Beast (Lefou), Harvey (Judge Omar Gaffney), Willy Wonka (Charlie Bucket), Murder on the Nile (Dr. Bessner), Aladdin (Iago), Peter Pan (Peter Pan), The Esther-Minator (Haman), The Bell of Atri (King), and Snow White and the Seven Dwarfs (Doc).  Last year, Mikey was a features editor for the Hanover Park Forum, and this year, he is a news editor.  In addition, he is a Chamber Singer and is the vice president and a bass section leader of the choir.  In the fall, Mikey will be attending the University of Pennsylvania as a communications major.  His ultimate career goal is to star on NBC's The Today Show.  “I would like to thank my family, friends, and teachers for all their support.  I would like to thank all the crewmembers, parents, and faculty members (especially Mr. Callanan) who have made this dream come true for me.  I would like my awesome cast members who put up with my craziness for the past four and a half months.  I would like to thank Shelby, the sassiest and greatest assisticatant (aka production assistant) around, who is always inevitably my emotional support and willing to hear me vent at any hour, day or night.  I would like to thank Lisa for her fantastic choreography and being there to help us with whatever from Day One.  I would like to thank Señorita Mauricio for helping with my sanity for the last few months, always making me laugh, and being the greatest advisor, mentor, friend, and Spanish teacher I could wish for.  I would like to thank my parents for always being there for me, supporting me in every thing I do and decision I make, and always giving me a hand when I need it the most.  And finally, I would like to thank one of my best friends and writing and directing partner Gabi for absolutely everything.  You kept me going at 11:30 P.M. when we had one more scene to write before finishing an act.  You constantly keep me entertained and are truly a star.  Break a leg, everyone!  You deserve it.” 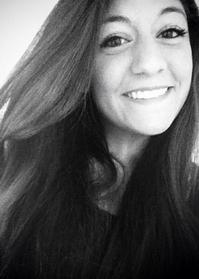 Lisa LoPinto (Choreographer) is a senior at Hanover Park and has been involved in all of the musicals they have put on. She has been in Grease (Rizzo), Cabaret (Kit-Kat Girl), Beauty and the Beast (Silly Girl), and West Side Story (Graziella). She has been in other musicals as well, such as A Charlie Brown Christmas (Sally), Into the Woods (Little Red Ridinghood), and Once upon a Mattress (Lady Larken). Lisa has been a gymnast her whole life and has also loved to dance since she was a child. She has been on the Hanover Park Dance Team the last two years and may want to continue dancing in college. She would like to thank Gabi Adamo and Mikey Miller for letting her be a part of something so special. She would also like to thank the cast, crew, and pit band for making this all possible. And a very special thanks to Señorita Mauricio, Mr. Brown, and Mr. Callanan for approving the show and doing everything they can to make it a success. She is honored to be choreographing an original musical with all her great friends and is extremely excited to see it turn out incredible. 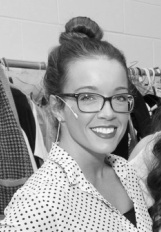